This article details how retirement accounts often end up being the most complicated issue in divorce. 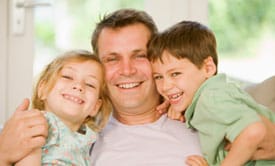 Divorce is a major undertaking for the couples that go through it, not just emotionally, but financially as well. The couple will need to decide how to divide their property or else have a court decide such a division for them. Understandably, large assets tend to be the most complicated to divide and perhaps the most complex class of assets that divorcing couples will need to split are retirement accounts. Unlike other assets, retirement accounts are subject to unique taxes and regulations. Not being aware of these differences could end up leading to costly mistakes later on.

Why retirement accounts are so contentious

As CNBC reports, a 2016 survey by the American Academy of Matrimonial Lawyers found that retirement accounts were the second-most contentious issue in divorces, behind only alimony. One reason retirement accounts can be so contentious is that while after a divorce both parties are often able to claim a share of a pension, the rules for dividing the pension depend on the type of pension being divided and on other factors.

For example, if a 401(k) or other type of pension needs to be divided, it will need to be done so through what is called a Qualified Domestic Relations Order (QDRO). A QDRO allows a pension to be divided without incurring massive early withdrawal fees and taxes. Without a QDRO, nearly half of the withdrawal from the pension could end up being eaten up by those taxes and fees. As Reuters points out, QDROs are not something that couples going through a divorce will be able to file themselves. Instead, they will need to hire an attorney who specializes in QDROs.

QDROs are not always required

A QDRO, however, is not required for splitting every type of retirement account. Both traditional and Roth Individual Retirement Accounts (IRAs) can be divided without the need of a QDRO. That being said, dividing an IRA early could still result in early withdrawal penalties. An attorney or financial advisor may be able to recommend better alternatives to splitting an IRA that won't automatically result in a steep tax bill.

In many cases, instead of splitting retirement accounts outright, divorcing couples negotiate ways to give up one asset in exchange for another. For example, one party may take possession of the marital home, while the other party holds on to the pension. However, the best division of assets will depend on the characteristics of each couple's marital estate.

Talk to a family law attorney

Every divorce is different and what works for one divorce may not work for another. That's why it is so important for those going through divorce to talk to a family law attorney as soon as possible. An experienced attorney can assist clients with their case, including with negotiating an agreement that best protects their interests both in the near- and long-terms.