During a divorce, Texas spouses may be entitled to keep their separate property, while their shared assets may be subject to the property division process.

Despite the best of intentions, some marriages unfortunately do not end in happily ever after. In fact, the Texas Department of State Health Services reports there were 80,030 divorces across the state in 2012 alone. For many who make the difficult decision to split from their spouse, the most challenging part of the process may be separating their shared property. To help ensure they are protected, it is important for people to understand how their assets will be treated during their divorce.

What is community property?

The assets and property that people acquire over the course of their marriage is regarded as community property. This may include, for example, real estate or vehicles purchased during a marriage, wages and other compensation that is received while a couple is married, the balance joint or separate checking and saving accounts, and contributions to retirement accounts. These types of assets may be considered community property, regardless of who paid for the property or whose name is on the title or account. In the event of a divorce, both spouses have an equal right to these shared assets.

What is separate property? 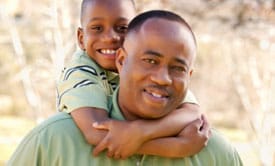 People often enter their marriages with property or assets of their own. Perhaps they have a vehicle that was purchased before their nuptials or they began contributing to their 401K accounts before saying "I do," for example. Such assets, which are known as separate property, are not generally subject to the property division process. Thus, each spouse is entitled to keep his or her own separate assets. Gifts, inheritances and personal injury settlements received by one spouse or the other during a marriage may also be considered separate property.

How are shared assets divided?

Although both spouses share an equal right to their community property, the split does not necessarily have to be equal. Rather, the division need only be considered just and equitable by the court. In making its determination, the court may take factors it finds relevant into account, including the following:

In cases when the cause of the divorce is listed in the petition, the court may also factor fault for the split into the division of property.

Sometimes, people may purchase an item before their marriage, but continue paying for the asset after they are wed. Such property may be considered separate property for division purposes during a divorce. If people use community assets to make these payments after they are married, however, their spouses may be entitled to a portion of the property's value. Thus, they may ask for a reimbursement for those funds.

Working with a legal representative

Going through a divorce may be difficult enough for people in Texas. Though, moving forward may be even further complicated when couples cannot reach settlements on the related issues. Therefore, seeking legal assistance may help alleviate some stresses for those who are planning to divorce, and help expedite the legal process.