There are several important things recently divorced spouses should know about taxes when they go to file for the previous year. 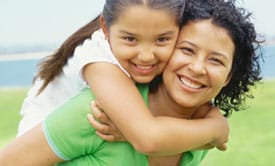 When couples in Texas divorce, they are often faced with challenges that they have never dealt with before. While issues may arise relating to complex assets or child custody, those who are in the midst of the divorce process or who recently finalized their divorce should keep several things in mind when they go to file their taxes.

According to Fox News, when determining their filing status, couples who were still legally married at the end of the year can enjoy the benefits that come from filing jointly with their former spouse. However, both former spouses must agree to this arrangement. If former spouses cannot agree to file jointly, filing married, but separately is still beneficial because it can protect them from their ex-spouse's tax liability even if it results in a higher tax.

For children, medical care acquired throughout the course of the year can add up to a significant amount. Parents who recently went through a divorce should remember that typically, the parent who paid for their children's medical expenses is the one who should claim them on their taxes.

When children of divorced parents live with one of their parents for more than half of the year, that parent is eligible to claim them on his or her taxes. However, according to Forbes, parents can still come to a different agreement outside of court on who will claim their children as dependents for tax purposes, regardless of whether a joint or sole custody arrangement is in effect. For example, if a mother makes enough to qualify for the Alternative Minimum Tax, she can let her former spouse claim the children, even if the children lived with her for the majority of the year, states Forbes.

Navigating through tax-related issues is just one of the many challenges couples in Texas face once they decide to end their marriage. If you and your spouse are thinking about ending your marriage, consult with an attorney in your area to determine what you can do to protect your best interests during divorce proceedings and after a final agreement has been reached.